A Hobart woman kept a starving, flea-infested dog in her backyard

A Hobart woman kept a starving, flea-infested dog in her backyard until it was seized by RSPCA following a tip-off to the animal cruelty hotline.

Veronica Celeste Lockwood faced a Hobart Magistrates Court hearing on Tuesday, when she was found guilty and convicted on one count of animal cruelty.

The court heard that on April 30 2021 RSPCA inspector Ashlie Burnett visited Lockwood’s house in Herdsman Cove, but Lockwood was not at home.

She left a notice asking for Lockwood to call her, but when she didn’t Ms Burnett returned on May 11 and heard the sounds of two dogs barking from underneath the house.

She left another notice and received a call from Lockwood, returning to the house on July 6 2021 to meet with Lockwood and see the condition of the dogs.

Buddy the dog on July 15 2021 after being seized from the backyard of Veronica Celeste Lockwood.

She was told Lockwood’s dog was a Jack Russell Terrier / Chihuahua cross named Buddy, while another bigger dog named Tank was owned by her granddaughter.

Ms Burnett said Buddy’s looked seriously malnourished, and she instructed Lockwood to increase his feed and deworm him by next week.

“He appeared to be underweight; I could see all of his bones quite easily,” Ms Burnett said.

“I told her that if the dog didn’t improve in body condition I would likely seize it.”

When she returned on July 15 Ms Burnett said Buddy’s condition appeared to have worsened.

Buddy the dog on July 15 2021 after being seized from the backyard of Veronica Celeste Lockwood.

Lockwood told her she hadn’t dewormed him, but that she had increased the two dogs’ food rations.

She said she believed Tank had been hogging most of the food, but said she “honestly” didn’t know how much food Buddy had been getting since she didn’t watch him eat.

The dog was seized and taken to Claremont Veterinary Surgery’s Dr Scott Linnane, who told the court Buddy had been quite clearly undernourished, dehydrated, and riddled with fleas. 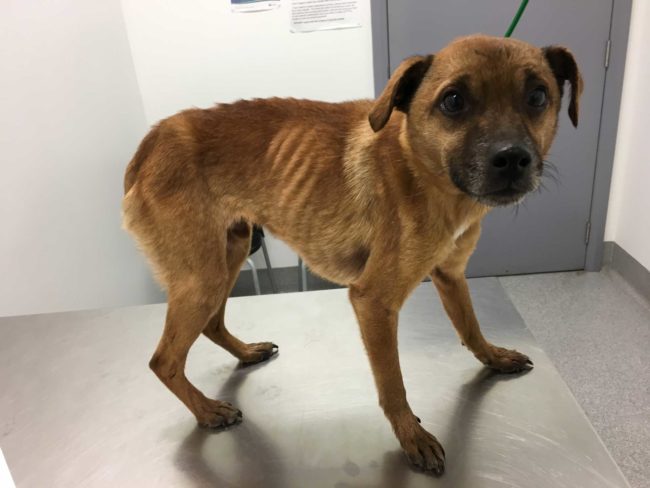 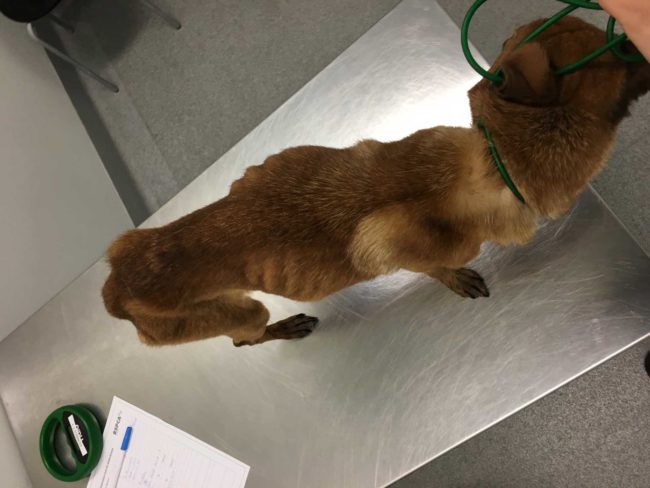 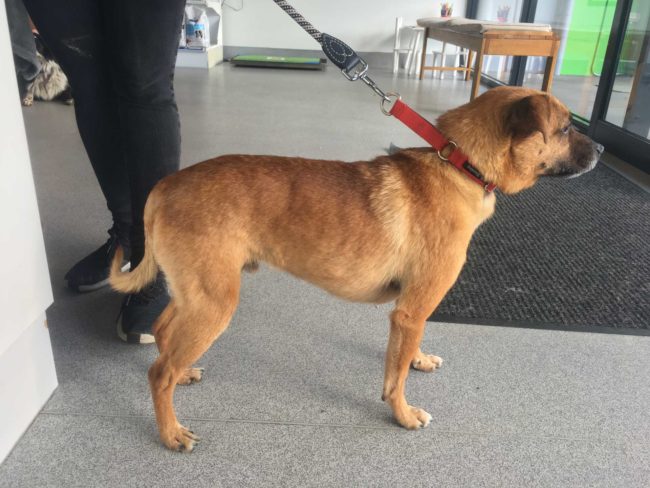