Our Inspectors are Authorised Officers under the Animal Welfare Act 1993 and the Cat Management Act 2009.

The role of the Inspectors is two-fold, to respond to an average 2000 cruelty reports each year. Every report to our cruelty hotline is investigated.

The outcome of these investigations is varied and includes, no action being required, the provision of advice, issuing of legal instructions, an on the spot fine in the form of an infridgment notice, or charges being laid and a summons to appear in Court.

The Second role of our Inspectors is to  conduct random inspections of premises or locations where companion animals are kept for commercial purposes, for example, pet shops, breeders, animal shelters and boarding kennels.

An Authorised Officer, including our inspectors, are required to work within the boundaries of the legislation under which they are authorised.

The powers of Officers include entry and search of premises where an officer has reasonable belief that an offence has, is or will be committed against an animal.

Officers can only legally remove an animal from a premise via a legal seizure. The seizure of animal occurs where the officer considers that the animal’s life is in danger or any pain and suffering will be unreasonable prolonged. On a guilty conviction RSPCA can apply to the court for ownership of an animal. Inspectors will always attempt to work in conjunction with owners of animals to improve the animal’s welfare conditions, utilising prosecution as a last resort.

All reports to our Animal Cruelty Hotline are confidential. The images shown throughout our court results page show the effectiveness of our inspectorate, and how donations to RPSCA Tasmania can help our team continue their important work protecting Tasmanian animals.

RSPCA Tasmania will be visiting facilities to ensure compliance with the Animal Welfare (Dog) Regs 2016.

Resources are made available to provide you a checklist in preparation for our visit.

DATA has revealed the hot spots for animal cruelty in Tasmania, with a major centre on Tasmania’s North-West Coast having the most reports.

There were 72 reports of animal cruelty made to RSPCA Tasmania in Devonport during 2019-20, five more than Glenorchy which was the second-highest.

Thousands of reports of animal cruelty are received by RSPCA Tasmania each year, but only a handful usually reach the state’s courts.

From the most serious cases of neglect or abuse, to pets being left unattended for short periods in hot cars, the organisation receives an average of about six calls each day.

In the 2019-20 financial year, there were 2171 calls to the RSPCA’s hotline, with dogs, puppies and horses the basis of most of them.

RSPCA Tasmania chief executive Jan Davis said not all of them were found to have substance, but many instances of neglect affected her emotionally.

“There is nobody who can honestly say they don’t know it is wrong to treat an animal cruelly. There’s no excuse.”

A heat map of reported incidents of animal cruelty across Tasmania in 2019-20. 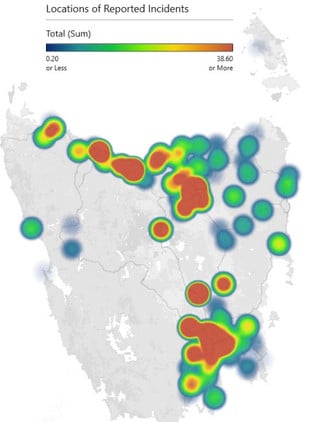 Most reports progressed in some way, with the RSPCA taking an educative approach to animal owners in the first instance.

But Ms Davis said the ones that do proceed to court were the most serious.

“The ones that do progress to court, and fortunately we don’t have that many of them, are always upsetting to see a critter that can’t not only speak for itself but it can’t look after itself being harmed by someone who should know better”, she said. 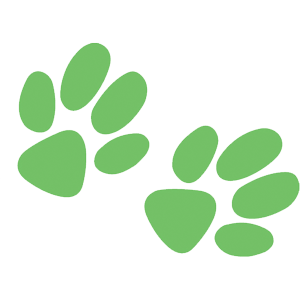 Animals through the administration of Tasmania’s Animal Welfare Legislation and if necessary the laying of animal cruelty charges.

People about the care of animals.

For more effective laws, through the media, animal welfare committees and the directly lobbying politicians.

The RSPCA Tasmanian Inspectorate is committed to ensuring good animal welfare throughout Tasmania, as it has done since 1878.

The Tasmanian Inspectorate has six dedicated staff, in the locations below.

Represents the Inspectorate in Court when people suspected of breaching the legislation are summoned.

The team has a variety of backgrounds and experiences including,